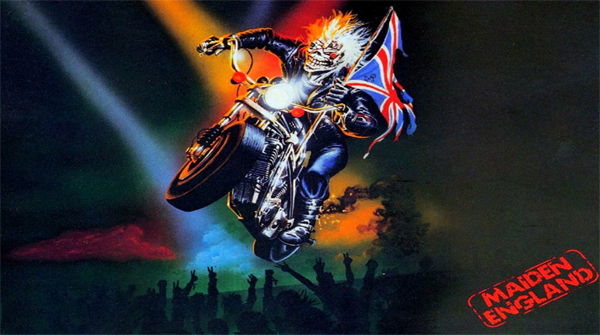 This summer has just played host to Iron Maiden'scolossal North America trek, 'MaidenEngland.' Kicking off on June.21st at Charlotte's VerizonWireless Amphitheatre the tour took in 28 different venues beforefinishing up in Houston on the 18th August at 'The Woodlands.'

The live production of the show along with the musical contentclosely mirrored that of the band's 1988 concert video of the samename, shot on the 'Seventh Son of a Seventh SonTour.'

In a recent interview with the band's legendary bassist,Steve Harris revealed to Metal-Rules that 'Maiden England' will be re-releasedon DVD next year and will also include expanded concert footage ofthe show's encores which were never included on the originalVHS.