Orange Amplification To Give Away $7,000/Â£4,600 Worth Of Gear This Holiday Season 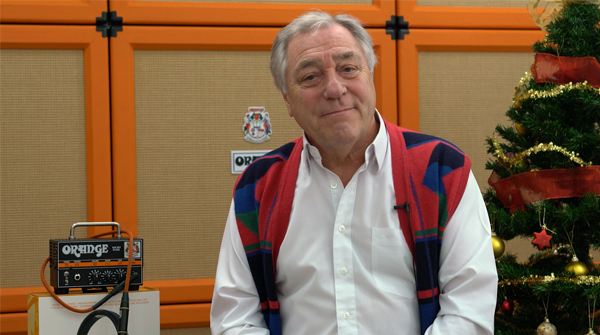 (PRESS RELEASE): 3 years ago Orange Amplification began their yearly tradition of giving away an offensive amount of gear to their fans and customers. This year is no different and Orange is expanding the competition and their budget to grant even more wishes.

Last year Orange gave away almost $6,000/Â£4,000 worth of gear to Facebook fans, which included amps and combos from their Crush Pro, Crush, Dark and Terror series. That figure is expected to be even higher this year with more gifts and more gear to be given to anyone who enters around the world - no purchase or sign-up necessary.

To enter the competition, simply post on Orange's Facebook page what you would like this holiday season between Tuesday 10th and Friday 25th December 2015. To double your chances share the post. Winners will be announced Christmas day. As a bonus, Orange will give away x5 Micro Darks, x5 PPC108 speaker cabs, x5 Orange Headphones, and x50 Orange Online Beginner Guitar Lessons - chosen at random from anyone who enters.

Good luck to everyone and may we wish you the happiest of holidays.

Enter the competition at OrangeAmps