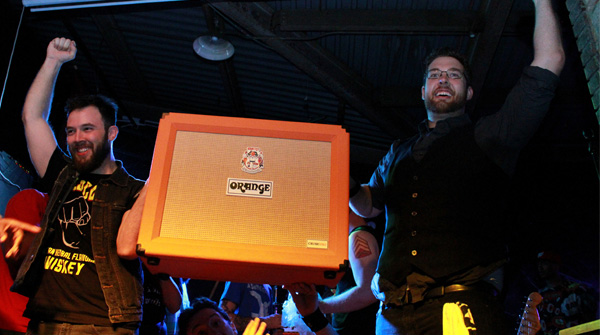 (PRESS RELEASE): Orange Amplification is delighted to be sponsoring the 2015 Afropunk Festival, which will be held on the 21st to 23rd August in Brooklyn’s Commodore Barry Park, also known as City Park. This year Orange will be providing the backline for both stages of the festival in New York and the festival in Atlanta on 3rd and 4th October. The backline will consist of the new Rockerverb MKIII and Dual Dark guitar amps, plus the OB1 series of bass amps.

The Afropunk Festival, now in its eleventh year, is considered by the New York Times to be ‘the most multicultural festival in the US’. The event, known for being unconventional and open-minded, embraces alternative music by gifted people from all backgrounds. It is a platform for alternative and experimental music combined with visual artists with a mission based firmly on the punk principles, aesthetics and social non-conformity.

Orange first became involved with Afropunk Festival through the Afropunk Battle of the Bands, which this year was a three-city event: Atlanta, Philadelphia and New York.  The winners of Atlanta (Samurai Shotgun), Philadelphia (Palaceburn) and runners up in New York (Aligns) all won Orange Crush Pro 120 Combos. In total six bands from this year’s contest were chosen to play at the 2015 festival.

Orange Ambassadors at the Afropunk Festival include thrash metal band Suicidal Tendencies, recently back from a successful European tour, D’Angelo’s guitarist Isaiah Sharkey who is currently working with D’Angelo on a follow up album to critically acclaimed Black Messiah and metalheads, Unlocking the Truth, previous winners of Afropunk Battle of the Bands.