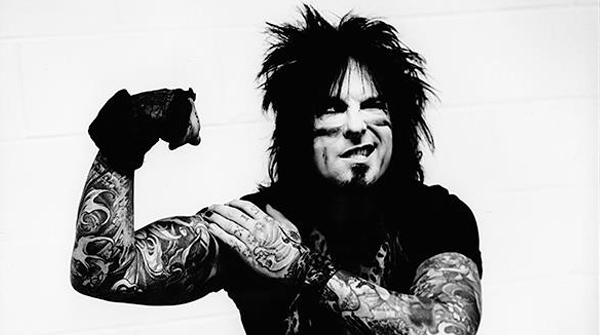 As the Motley Crue look to call time on their impressive 30 year tenure bassist and co-founder Nikki Sixx has been discussing the band’s farewell tour plans with Rolling Stone (via HenneMusic).

“We haven’t decided when that is, we’re talking about that” said Sixx.

“It’ll happen, but we don’t know when it will happen. The most important thing about a farewell tour is that the band doesn’t lie to the fans, and the band doesn’t tour and then come back years later. That’s what’s important for us, planning what’s the right time to go out. We have a great fan base, we have original fans all the way down to teenagers, and we really feel grateful to that and we continue to reinvent ourselves over the years. People always tried to make us an unimportant part of rock history and that doesn’t really affect us because it’s always been that way. Critics have always snubbed us. The thing about Motley Crue is we are a people’s band, we don’t kiss ass to the industry. We believe artists should be in control of their own destiny and that destiny also includes when it should be done so that their fans can forever be proud. It’s not one or two band members up there dragging the band name around. It’s a band for a reason, it works for a reason. We’re really proud of that. I think that’s why, when the day does come, we want to be proud of our band and what we’ve achieved.”

When quizzed on whether there are plans to perform multiple tours prior to their farewell trek, Sixx replied:

“We don’t know right now. We said as brothers and a band, that’s something we plan on doing sometime in the future, but we’re not there yet, so we don’t have any idea when. We’re not sitting down right now planning on that.”

Motley Crue has just wrapped up their second stint at The Joint at The Hard Rock Hotel and Casino in Las Vegas. The residency, entitled ‘An Intimate Evening In Hell,’ run from September 18th to October 6th and featured the hard rock veterans performing 12 sold out shows at the iconic Vegas venue.