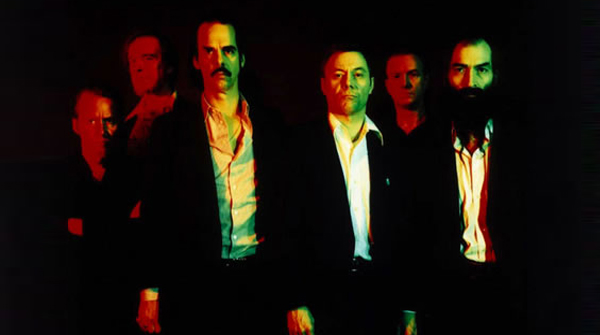 The 15th studio offering from Nick Cave and The BadSeeds will be released next February, reports Slicing UpEyeballs.

The nine-track album, entitled 'Push the SkyAway,' was recorded by the band's longterm producer,Nick Launay at the prestigious La Fabrique studios in theSouth of France.

The album will be released on 18th Feb in the UK and will beavailable as standard CD and vinyl release, plus CD/DVD and as partof a super deluxe box set that will include the album on disc andvinyl, a DVD, two 7-inch singles and a 120-page replica of Cave'shandwritten notebooks.

"Well, if I were to use that threadbare metaphor of albumsbeing like children, then Push The Sky Away is the ghost-baby inthe incubator and Warren's loops are its tiny, tremblingheart-beat. … I enter the studio with a handful of ideas, unformedand pupal; it's the Bad Seeds that transform them into things ofwonder. Ask anyone who has seen them at work. They are unlike anyother band on earth for pure, instinctive inventiveness."

All of the pre-orders include a free download of "We No Who U R"on Monday, when the song also will be released for sale viatraditional online retailers.