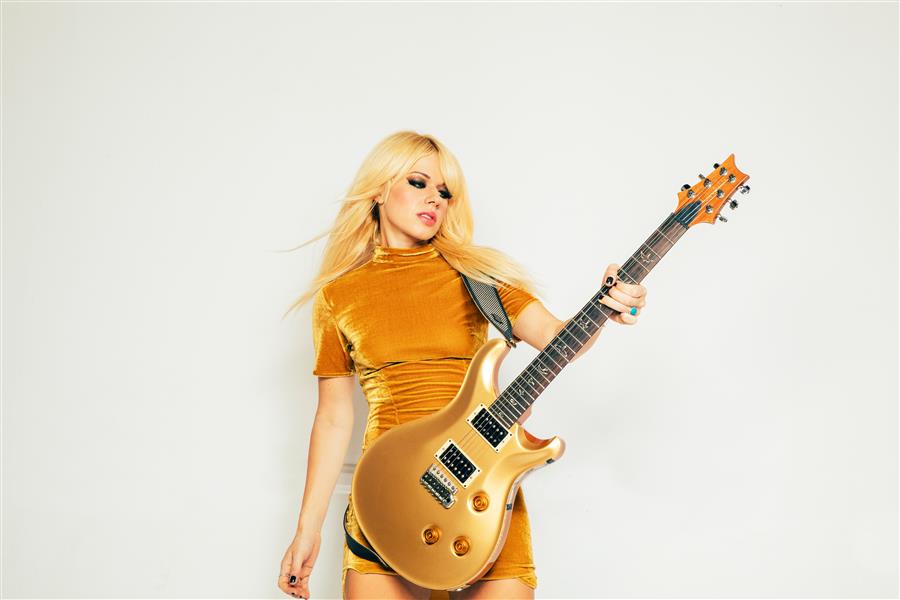 NEXI Industries and Orianthi are proud to announce their collaboration in creating new effects pedals designed to provide great tones. Working closely together, NEXI and the “Queen of Shred” Orianthi will create two new Orianthi Signature Guitar Effect Pedals ideal for most genre.Inspired by classic yet modern blues tones, Orianthi Signature Effect Pedals will combine NEXI’s award-winning plug-and-play design with Orianthi’s experience of playing on the world stage. “Tone is everything,” Orianthi once told Tone Report magazine. Orianthi prefers only a few pedals that are clear and direct to better highlight her playing. “Tone is ultimately your voice”, she ardently believes.

Taking these tone driven preferences into account, the team at NEXI is developing two new signature effects pedals that reflect Orianthi’s tonal voice. While designed to Orianthi’s specifications, the pedals will open more tonal horizons for any player. Orianthi Signature Guitar Effect Pedals are a hybrid design meaning it can be powered by either 9V battery, an external jack, or NEXI’s own pedal board. NEXI’s powered “The Solution” pedal board features a click-and-play design allowing pedals to be placed securely in place without the need of patch cables or additional power supplies. Each pedal will be priced at $99.95 USD scheduled for release later this year and at Winter NAMM 2019.

Born in Australia, Orianthi was inspired to learn guitar at a young age after discovering her father’s vinyl collection. She rose to international fame at age 24 after the release of her hit single, “According to You” and a high-energy performance backing Carrie Underwood at the 2009 GRAMMY® Awards. Although she had already been invited to jam with the likes of Carlos Santana and Steve Vai, mainstream audiences had not previously heard of this captivating guitar prodigy. Her recognition increased even further when Michael Jackson called with an offer to be his guitarist for his dates at the O2 Arena in London. Although the concert series was not to be, the release of the behind-the-scenes documentary Michael Jackson’s This Is It showcased Orianthi’s masterful playing as well as her creativity and collaboration.

Orianthi continues to work with top-level artists while maintaining a successful solo career. Her many accolades include being named one of the Greatest Female Electric Guitarists by Elle magazine in 2009 and Breakthrough Guitarist of the Year 2010 by Guitar International, as well as one of Gibson Guitars’ Top 10 Female Guitar Players of All Time. Given her accomplishments and early influences, Orianthi’s partnership with NEXI’s “Vintage Analog Protection Squad” will be one to push the boundaries of great tone.

Learn more about Orianthi Signature Effect Pedals and other NEXI gear and accessories for electric, bass and acoustic guitar at www.nexi-industries.com or follow her Facebook page for giveaways and shredding in action.