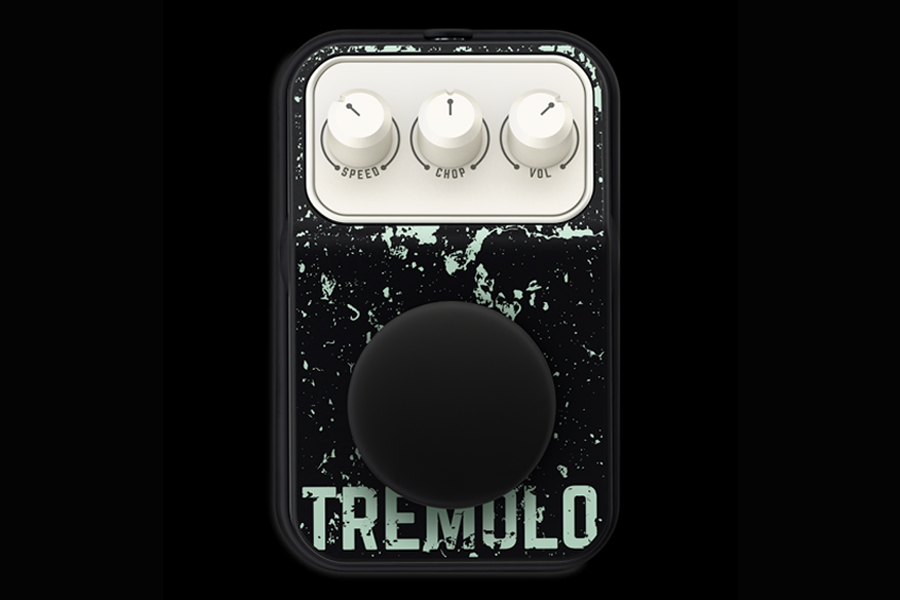 NEXI Industries’ new Tremolo (TRM-01) effect pedal for electric guitar represents the next generation of “lush.” From riding a classic wave or quickening a pulse, Tremolo delivers a vibrant tone with a unique click-and-play design that optimizes pedal board compatibility.

2017 marks the 70th anniversary of when tremolo-equipped amps first appeared on the market. Tremolo eventually transitioned to the effect pedal, and the pedal components were also upgraded from a sloshing vial of liquid, which allowed more or less signal to pass, to advanced circuits. NEXI’s boutique effect pedal creators, the self-declared “Vintage Analog Protection Squad,” honor the Tremolo’s history of innovation and are committed to providing a unique tone without compromise.

Three knobs on the lighted-rim interface adjust this effect: Speed controls how fast the Tremolo pulses; Chop, also referred to as Depth, controls the intensity; and Volume controls the effect’s levels in the mix. Keep Speed and Chop down for a laid-back effect that’s ideal for surf style, turn it up a bit for twangy country or rockabilly, or crank it for a steady pulse on a rock riff.

Like all NEXI pedals, the Tremolo is true bypass and hybrid, meaning it can be used standalone with a 9V battery or plugged right into the external power supply of NEXI’s revolutionary pedal board. Aptly named “The Solution,” this heavy-duty board solves the compatibility and connectivity problems that players have experienced for decades. It has a two-channel switch and three-step booster to satisfy every guitarist’s ego. It’s also equipped with a built-in tuner, two charging docks for tablet or smartphone, and covers that protect ports against dirt and beverage spills (splash-proof).

Gitarist Magazine (The Netherlands) awarded The Solution 4.5 out of 5 stars, recognizing it as the “first pedal board without hassle and with a lot of useful features.” Players have the confidence of knowing that their board, and their newly added NEXI Tremolo pedal, are safe and sound.