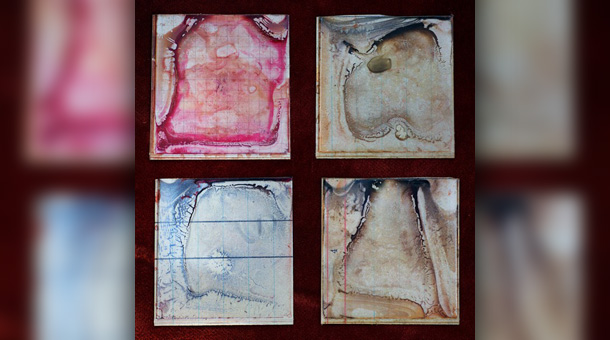 Nine Inch Nails are back with their first newtrack in five years.

The new song, aptly titled 'Came Back Haunted,' willfeature on the on the band's new album, which is reportedly set tobe titled 'Hesitation Marks' and will be released on September3rd.

"I think it's in line with the first two albums," Wordencontinues. "It's got a great beat, it's not the experimentalmaterial [NINE INCH NAILS mainman] Trent's [Reznor] done in thelast five years." Worden indicated the song didn't strike her asangry. Rather the beat is what made an impression. "I wouldn't saythat it's dance-y, but it does have a great beat, a groove. Trentreally brought it with this song. It's going to sound amazing tonew fans and old. It's just cool."

The new album will also see Reznor return to a major label aftersix years as an independent artist after signing with ColumbiaRecords six years after his less than amicable split withInterscope Records.

The new NIN record had been in the works for nearly a yearbefore Reznor revealed to the world that he planned to launch arevamped line-up.