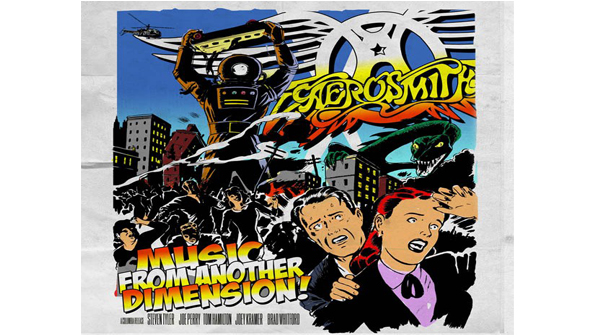 Aerosmith will continue to drip feed fans withdetails regarding their forthcoming album, 'Music From AnotherDimension' and are planning to premier each track one at atime in the weeks leading up to its release.

The new album, which will be their 15th studio effot, is due on6th November through Columbia Records. Thealbum will be their first since 2004's 'Honkin' on Bobo'LP and is the first to feature all new material since 2001's'Just Push Play.'

The first track to be debuted at Rolling Stone is Joe Perry's'Oh Yeah' which was written at his infamous 'Boneyard'studio in Boston.

Head over to www.rollingstone.com todayto stream the track.