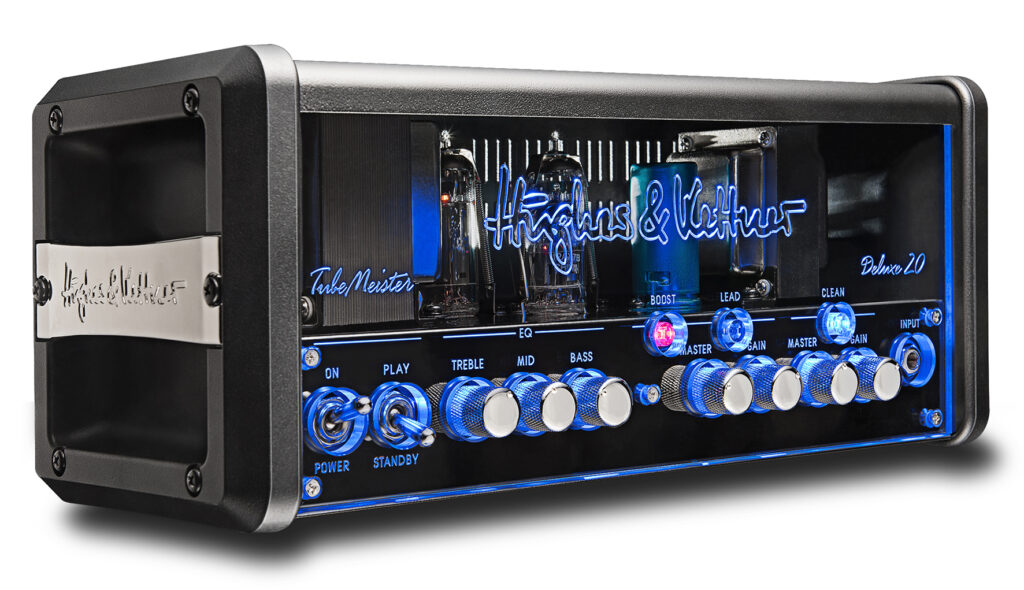 Where TubeMeister is stunning, the new TubeMeister Deluxe models are simply jaw dropping, having benefited from a comprehensive overhaul tonally and physically, as well as being kitted out with a range of killer new features the 50,000-strong Meister Family has been demanding.

The Deluxe models' boutique tones are inspired by the most-loved channels of Hughes & Kettner's award-winning TriAmp Mark 3 flagship, and they also include the all-new Red Box AE DI output, which offers guitarists the ultimate FRFR amp sound experience for stage and studio.

The first ever tube amps to contain such FRFR technology, the Deluxe models are also crammed full of Hughes & Kettner's standard '“ yet revolutionary '“ features like Tube Safety Control (which constantly monitors and biases the amps' tubes) and a real power soak, which allows players to enjoy the goodness of fully cranked all-tube tones at living room levels.

RÃ¼diger Forse, Hughes & Kettner's Senior Product Manager, said: 'The boss of lunchbox amps just got a chunky gourmet brother! TubeMeister's ruled the lunchbox market for the last five years, and the Deluxe models raise the bar yet again. With boutique tones '“ but without the boutique price tag '“ and everything any player needs to Rock on Stage, Play at Home and Record at Night in the best possible way, we know these amps are going to deliver the next level of inspiration to guitarists all over the world!'