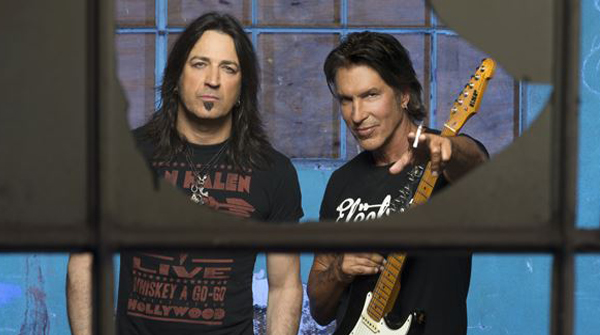 Michael Sweet of Stryper and Mr Scary, George Lynch have also enlisted the services of notable rock figues Brian Tichy, who has played drums with Whitesnake, Billy Idol and Ozzy Osbourne as well as bassist, James Lomenzo, who has played and toured with Megadeth, Black Label Society and White Lion.

“When I was approached to help put together an all-star lineup, I initially thought of George Lynch,” says Sweet of the musical partnership (via LoudWire).

“George is one of the most talented guitarists out there and a ‘bucket list’ player for me. George wrote riffs/basic ideas and I wrote melodies, lyrics and arranged and completed the songs. I knew that we would complement each other’s style.”

Sweet goes on to add:

“When you add the amazing rhythm section of Brian Tichy and James Lomenzo, you just can’t go wrong with this lineup. It really is a special project and I’m honoured to be part of it.”

Sweet & Lynch will release their debut album "Only To Rise" on 27th January via Frontiers Music.

Fans can head over to Pledge Music where a Sweet & Lynch pre-order is currently underway, providing the opportunity to add vinyl, lithographs, t-shirts, trucker hats, hoodies, handwritten lyric sheets, signed posters and albums and tickets to an exclusive listening party to their buying options.

‘Only to Rise’ Track Listing