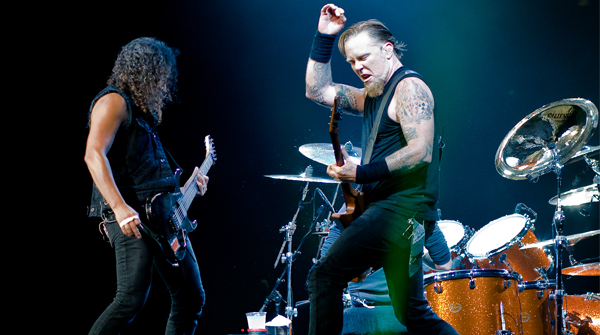 Metallica's 'Black Album' breached the 16 million sales mark this month, 23 years after it was first released.

The band's eponymously titled fifth studio album has been the best selling album stateside ever since Neilsen SoundScan began recording music purchases in 1991.

The Black Album has now featured in the Billboard chart for 307 weeks – the longest run since SoundScan began and the sixth-longest since charts began in 1956.

In related news the thrash giants preparing to record their tenth studio album, which is expected to be released in 2015. The band are also set to headline Glastonbry (25th - 29th) and Sonisphere (July 4th - 6th) this summer.