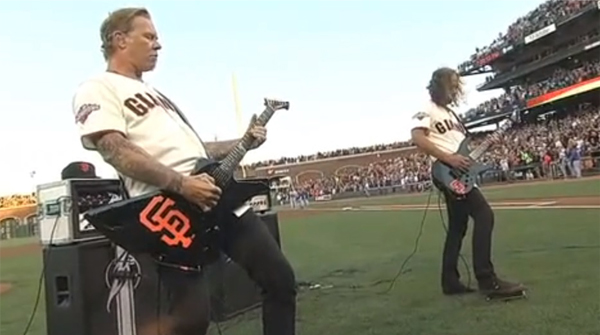 Metallica performed a distinctly metalrendition of the American National Anthem at a recent San FranciscoGiants game.

Fresh from their performance at the 2013 Revolver GoldenGods ceremony in LA, the thrash godfathers headed back tothe Bay Area on Friday (3 May) to join the World Series-winningGiants in some pre-game festivities.

Footage of their performance can be seen below.