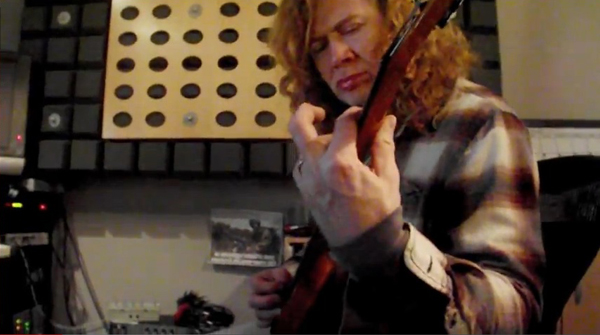 Megadeth have uploaded even more footage ofthem working in the studio on their upcoming studio album'Super Collider.'

The new clips were again shot at Vic's Garage studio in SanMarcos, California and features Dave Mustaine,David Ellefson and ChrisBroderick.

"It was a real thrill for us to learn there was an opportunityto join Universal," said Mustaine.

"It seems like every time you see a great band or music video,it comes from a Universal label. Being with Universal is by far themost exciting and prestigious home for Megadeth ever! We areelectrified with what the future holds and the possibilities such apowerhouse like Universal will bring for us all. We have workedwith some great people over the years, and it is amazing to see somany of them on the Universal team for our new record, 'SuperCollider'. If Megadeth being here isn't satiating enough, havingTradecraft as my own label is going to be really amazing for metalbands around the world."

The new album is scheduled for a release in June throughMustaine's own label Tradecraft, which isdistributed by Universal.