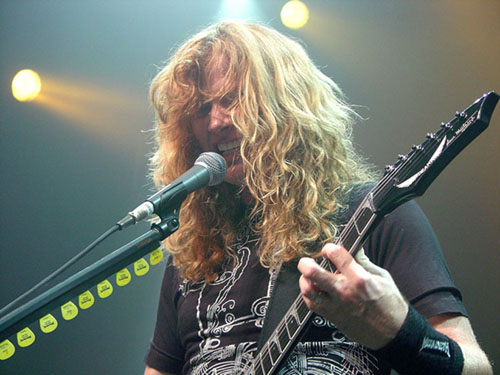 Guitar Center, the world's largest retailer of musicalinstruments and equipment, and DIRECTV, one of the world's leadingproviders of digital television entertainment services, willspotlight Megadeth in a new episode of the award-winningmusic series Guitar Center Sessions on July 13th.A clip of the band performing 'Symphony Of Destruction' for theprogram is available below:

The exclusive performance was filmed atGuitar Center in Hollywood, CA on March 22nd and will air onDIRECTV's Audience Network on July 14th. Check out photos from theevent by clicking  here.

As previously reported, Megadeth is confirmed to play aheadline show at Tercer Tiempo in Bogota,Colombia on Sunday, September 2nd. The band will perform theiralbum Countdown To Extinction in its entirety. Tickets go on saleon Tuesday, July 10th. Megadeth's tour of Latin America will kickoff in Colombia on September 2nd and wrap up in Guadalajara, Mexicoon September 21st.