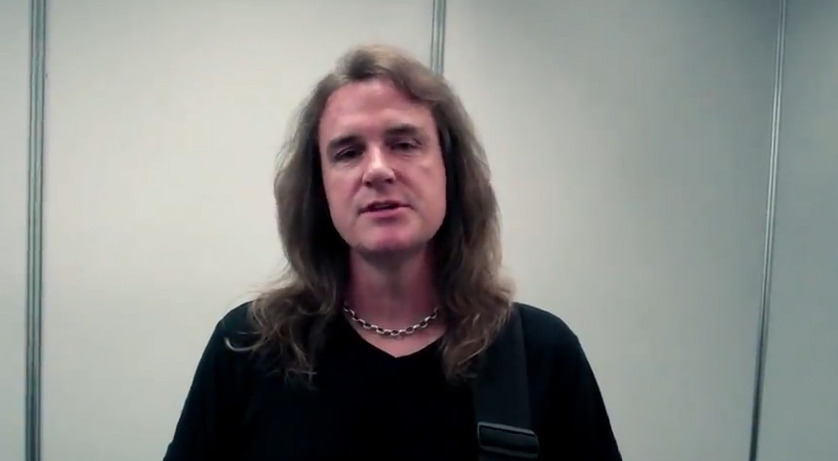 Megadeth Bassist Dave Ellefson continues his 'Behind the Scenes'series after uploading another backstage video from the band's showin Thailand. The new 14-minute video clip featuresfootage from the band's August 1  concert at the  Bangkok Metal Fest 1 at theMoonstar Studio 8 in Bangkok, Thailand. Check it outbelow.

In a recent interview with ChicagoNow.com,  David Ellefson wasasked what it's like to see the crowd's  passionate reactionto  Megadeth's more politically chargedmusic. "Dave [Mustaine] and I wrotea  song togetheron  'Countdown ToExtinction' called  'Foreclosure Of ADream' which we've now put in the set," he said. "We'vebeen playing it. And  Dave last night evenintroduced it and he said, 'This song is just as appropriate twentyyears later as it was when we wrote it in 1992.' And boy is thatever the truth. And I think that's the element about Megadeth is that our  songs lyricallyand musically have a timeless feature to them. Maybe not all ofthem but by and large the catalog has that feature. And I reallynoticed that even when we went out with the 'Big Four'[Metallica,  Megadeth, Slayer and  Anthrax] and did thoseshows. Our music didn't sound like, 'Oh yeah, that's a throwback to1986.' Or 'Remember when that was all popular back in1991?'  Megadeth doesn't sound like a periodpiece. It's definitely something that transcends time and becauseof those lyric topics and the way the lyrics are written they seemto just be something that's kind of like an onging, reoccurringnarrative."