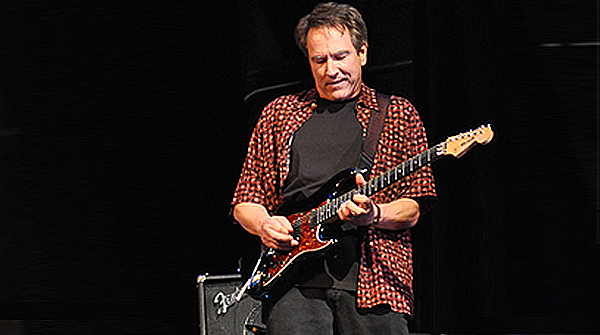 However, what makes the release even more mouth-watering is the array of special guest appearances, such as Billy Sherwood (YES/CIRCA:), John “JR” Robinson (Rufus, Eric Clapton, Mike Oldfield/Steve Winwood) and a multitude of LA Studio Legends.

"Everyone on the album are musicians that I have close personal and working relationships with. Billy and I did an album that was released in 1996 under the band name The Key. People like John Robinson, Abe Laboriel, Michael Ruff and everyone else on the album I have worked with for years. When I came up with this idea I asked all of these wonderful musicians if they would play on one track for me. Graciously they all accepted" says Marty.

He continues: “Being an instrumental album it is simply about the music. There are a few things conceptually that I was trying to achieve with this recording though. The first being the fact that I wanted to make an album of music that I felt would appeal to the masses. The album is not a Jazz album necessarily, it's really more of a pop record. While there are improvised solos, the focus of the record is much more about the melodies and arrangements of the songs, which hopefully are memorable. The second thing that I wanted to achieve was making a record with many of the people that I've worked with over the years. I literally enlisted musicians for this project that I had worked with closely going way back to when I first started touring and doing recording sessions, and then also tapped into some of the faculty and also young musicians that I have worked closely with at the Berklee college of music. There are ten songs on the album and each song has different groupings of personnel. I also feel that stylistically the album is quite diverse, which actually came about from tapping into all of these various musicians who brought their own identity to the project.”

'The Total Plan' showcases a variety of styles, which is a reflection of Marty's many vast musical influences.