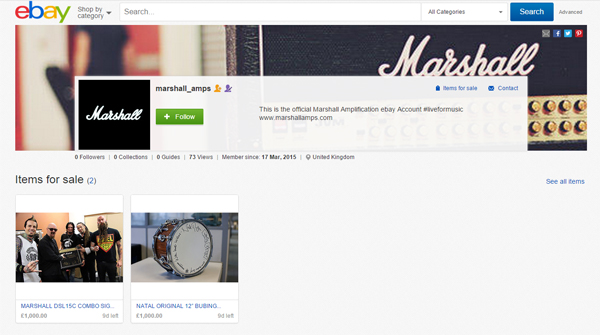 (PRESS RELEASE): Marshall Amplification is auctioning two unique items to raise money for Papworth Hospital Charity in memory of Keith Dudley. The items are a DSL15C combo and a Natal 12” Bubinga snare drum.

The DSL15C all-valve combo has been signed by metal god, Rob Halford, vocalist with British metal giants Judas Priest, and US metalcore trailblazers Five Finger Death Punch (5FDP). Rob Halford and 5FDP collaborated on their smash single Lift Me Up. Rob and the band signed the DSL15C at 5FDP’s show at Birmingham’s LG Arena on the 5th December 2013 where Rob joined the band on stage to perform Lift Me Up.

The Natal Original Bubinga 12” snare drum has been signed by Nick Mason, drummer with the legendary Pink Floyd. Nick signed the batter head and sketched ‘Pink Floyd’ on it in October 2014 at Foote’s Music Store in London.

The auction is now open and will run until 24th April.  To bid go to: Ebay/MarshallAmps