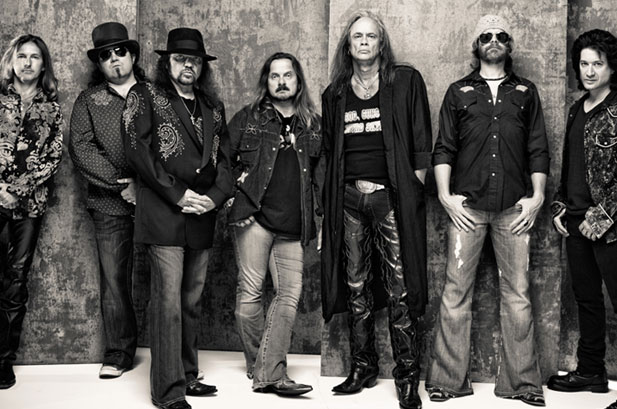 Lynyrd Skynyrd announced today that their next studio album, "Last of A Dying Breed," will be released Aug. 21.

"We kind of went back old school this time," guitarist Gary Rossington said in a statement. "All of us playing together in the studio as a band, tracking songs and creating licks. We had a lot of fun and the music really flowed for us, so that's when you know you are on to something good. We can't wait to let the fans hear these songs and play 'em live."

"Last of a Dying Breed" reunites the band with producer Bob Marlette who produced "God & Guns," which was released in September 2009.

Joining Lynyrd Skynyrd is bass player Johnny Colt, who has played with the Black Crowes, Train and Rockstar Supernova.

When asked about receiving a phone call from guitarist Rickey Medlocke on behalf of Lynyrd Skynyrd to join the band, Colt said: "What else do you say to Medlocke, Rossington and [singer Johnny] Van Zant? We're talking southern rock royalty. We're talking Lynyrd Skynyrd. The only thing out of my mouth was, When and where?"

Before their album release, the group is headed on a U.S. and European summer tour, starting with a May 4 show in Baltimore.