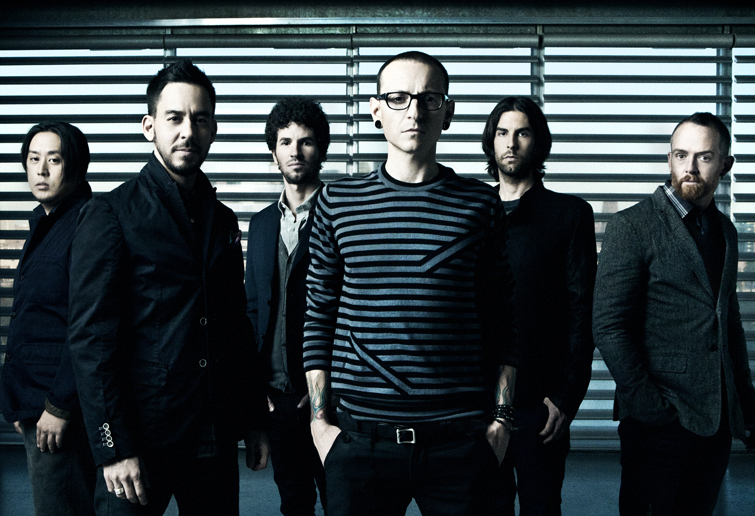 With the new Linkin Park single being officially releasedtomorrow, the band have presented fans with a chance to hear thesong with a new lyric video released alongside an album teasertitled 'LP 2K12 Trailer'. You can watch both videosbelow.

The track is the first to be taken from the band's new album'Living Things', which is due for release on June 25 in the UK andJune 26 in the US. The record is the follow-up to the band's 2010fourth album 'A Thousand Suns'.

Artwork for the album, features a dark coloured human figureshedding a white skin with the phrase 'Dedicated to wherever musiclives' alongside the band's logo and album title.

Speaking about the forthcoming release Linkin Park's rapper MikeShinoda says: 'People would be surprised to learn how much of asense of humor we have about ourselves.  There are thingswe've done in our career that we wouldn't do now, but they feltright at the time.  It's like opening a drawer and finding anold pair of bell bottoms, going, 'Oh my God, I can't believe I wentto school wearing that"

Frontman Chester Bennington also spoke to Kerrang!: "Withthis album, we've incorporated a lot of guitar work with bigchoruses and the heavier electronic stuff to give it that reallybig wall of sound feeling without getting too metal. This will bemore familiar to people than 'A Thousand Suns' was, were we like'…We're just going to go bonkers."

"All of our songs take these really big creative turns andtwists throughout the process, so sometimes songs will start out asa melody or some musical chord progressions. Other times, they'llstart out as beats, and the next thing you know they kind of evolveover the course of the making of the album."