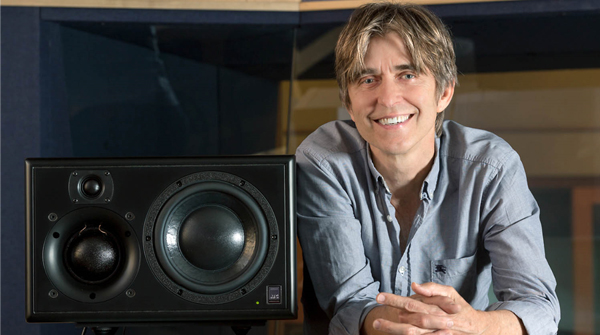 (PRESS RELEASE): "Legendary guitarist" is justifiably the most common two-word description given of Eric Johnson, whose six-string prowess has earned him a Grammy win, several Grammy nominations, a Platinum album, and residency on practically every "Top X Guitarists of All Time" list ever made. He's regularly played and recorded with fellow guitar greats Chet Atkins, Steve Vai, and Joe Satriani, and Eric Clapton selected Johnson for his 2004 Crossroads Guitar Festival. Most recently, Johnson collaborated with jazz guitar great Mike Stern on the album Eclectic, which the two recorded and mixed at Johnson’s Austin-based studio with the help of Johnson’s accomplished recording and mix engineer Kelly Donnelly. Although Johnson is known mainly for his prodigious talent as a guitarist, heis also comfortable playing numerous other instruments, including piano, lap steel, bass, and voice. He is an accomplished songwriter and, in more recent years, has plied his skills over the years as a producer and assisting hisrecording engineers. The common frustration of mixing a song to seeming perfection, only to find obvious mistakes when he played it on other systems, drove Johnson to find the perfect near-field monitors. He found them in a pair of ATC SCM25As, which deliver the undecorated truth so that Johnson's mixes sound beautiful and balanced on any system, from wee computer speakers to the biggest home theaters.

Years in the making, Johnson slowly constructed the ideal project studio in his Austin, Texas home, and he only declared it finished six years ago. "I always wanted a great rehearsal space, and it seemed natural to make it a recording studio as well," he said. "I took my time because I wanted to do it right. I like to think about the tools I use the same way I think about guitars. When I find the right guitar, it facilitates my playing. It's like I can feel the push of the polarity, the wind's at my back, and soon I'm not paying any attention to the guitar itself… I'm just making music. It's the same with the studio and all the equipment and processes in the studio. At their best, they fall away and I'm just making music."

Most of the engineering duties at Johnson's project studio fall to Donnelly. "Kelly and I often found ourselves second-guessing our mixes," said Johnson. "We'd take a mix that sounded perfect in the studio and notice huge bumps or holes when we played it other places. It'd be like, 'we must have overlooked that in the studio!' But then we'd go back to the studio and those bumps or holes wouldn't be there. So there was a lot of back and forth, which wasted time, energy, and inspiration. I became very interested in finding a near field system that would ensure our mixes translated outside of the studio, especially as we drew close to working on Eclectic. People with ears I trust told me that ATC is the way to go."

After performing due diligence with trials of numerous top-end reference monitor manufacturers, Johnson arrived at the same conclusion. He purchased a pair of ATC SCM25As, which feature a three-way active design starting with a seven-inch low-frequency driver. "The ATCs have a great vibe and they're fun to mix on," said Johnson. "The imaging is solid and in-phase, and the top end is natural – not glitchy or peaky or spikey. They're pleasant at whisper volume or blaring, and the response seems pretty linear across that range. I've also noticed that we can monitor at high volumes on the ATCs as long as we like and they never become fatiguing. So the in-studio experience on the ATCs is great. Beyond that however, the mixes we've done on the ATCs translate beautifully, and we don't have to second-guess ourselves anymore."

Part of the Concord Music Group, instrumental music label Heads Up International released Eclectic, and thus sent it to Concord’s multiple Grammy Award-winning mastering engineer Paul Blakemore. For years now, Blakemore has been mastering on ATC SCM150ASL monitors. “The ATC monitors are the most accurate loudspeakers I have ever heard, and I can’t imagine using anything else,” he said. “They work equally well on any genre of music, which is very unusual and particularly important for Eclectic.As the name promises, Eclectic is eclectic! It runs from rock, to jazz, to blues, to R&B, and to everything in between. The ATCs were critical for getting the high end correct and consistent across all those styles. Similarly, the ATCs were critical for making sure the low end was true and in the pocket from song to song. Once I get things right on the ATCs, I’m confident that the final product will translate to any other system in the world.”

In November 2014 and January and February 2015, Johnson and Stern are taking their otherworldly chops on the road for an extended U.S. engagement.