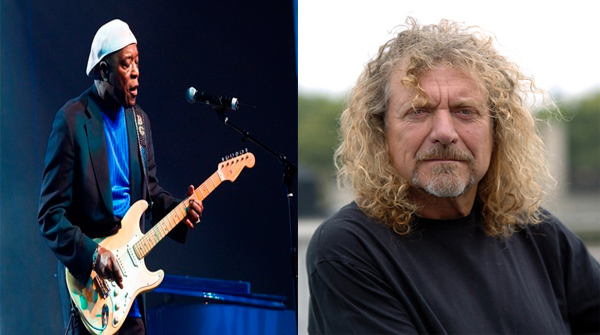 Led Zeppelin & Buddy Guy areamong the recipients named for this year's (2012) KennedyCenter Honours. The 5 others named by The John F. KennedyCenter for the Performing Arts are US chat show legend DavidLetterman, actor Dustin Hoffman and ballerinaNatalia Makarova.

Though Led Zeppelin will be honoured as a bandall three remaining members, Robert Plant, JimmyPage and John Paul Jones will each receive aKennedy Center medallion.

"Buddy Guy is a titan of the blues and has been a tremendousinfluence on virtually everyone who has picked up an electricguitar in the last half century. David Letterman is one of the mostinfluential personalities in the history of television,entertaining an entire generation of late-night viewers with hisunconventional wit and charm . . . and Led Zeppelin's John PaulJones, Jimmy Page and Robert Plant transformed the sound of rock& roll with their lyricism and innovative song structures,infusing blues into the sound of rock & roll and laying thefoundation for countless rock bands."

The Kennedy Center Honors are to be presentedon December 1st, with the Honors Gala taking place on December 2nd.The Gala will then air on December 26th on US Television network CBS.