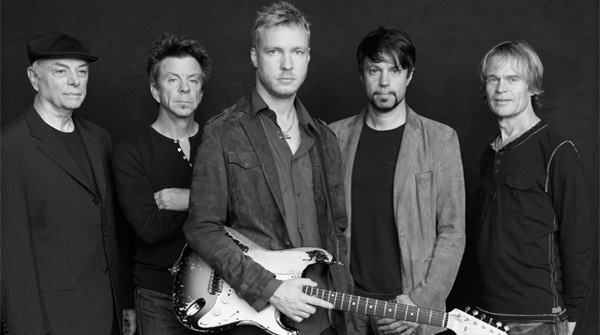 Five-time Grammy-nominated and multi-platinum-selling blues/rock guitarist Kenny Wayne Shepherd has confirmed that his long awaited new studio album, Goin' Home will be released on Monday 5th May 2014 through the Mascot Label Group.

Shepherd will also embark on a fifteen date whistle-stop tour of Europe in support of the album’s release, including a concert at London’s O2 Academy Islington on Wednesday 30th April and Cheltenham Jazz Festival on Thursday 1st May.

Goin' Home follows Kenny’s involvement in the blues-rock supergroup The Rides, which features Shepherd alongside Stephen Stills (CSN / CSN&Y / Buffalo Springfield) and Barry Goldberg (Electric Flag). Their 2013 album "Can’t Get Enough" was praised all over the world and appeared in countless "Best Of 2013" polls.

Goin' Home is an exploration into the music of Shepherd’s biggest influences, and features guest performances by some of his closest friends (who also happen to be some of the greatest musicians performing today), including Ringo Starr, Joe Walsh, Warren Haynes, Keb’ Mo’, Robert Randolph, Kim Wilson (Fabulous Thunderbirds), Pastor Brady Blade, Sr. and the Rebirth Brass Band.

The album features songs originally recorded by some of Shepherd’s heroes such as B.B. King, Albert King, Bo Diddley, Stevie Ray Vaughan, Johnny "Guitar" Watson, Lee Dorsey and many other icons of the Blues. He reached deep into their catalogues and chose songs that inspired him when he was learning to play the guitar.  "The end result is a great recording that I believe pays homage to the spirit of the original music," says Shepherd, "At the same time, it shows our appreciation for the musicians and genre that have inspired us to make music for decades."

Shepherd’s band is a veritable who’s who in rock and blues. In addition to long-time vocalist Noah Hunt, the band features drummer Chris Layton, a 2014 inductee into the Musicians Hall of Fame as a member of Stevie Ray Vaughan and Double Trouble, ex-Firm bassist Tony Franklin and keyboardist Riley Osbourn, whom Shepherd met while Osbourn was playing in Willie Nelson’s band.

On his upcoming tour in Europe, Shepherd says,

"I am excited to return again to Europe. We are committed to our fans around the world and are looking forward to bringing them our brand of Blues/Rock."