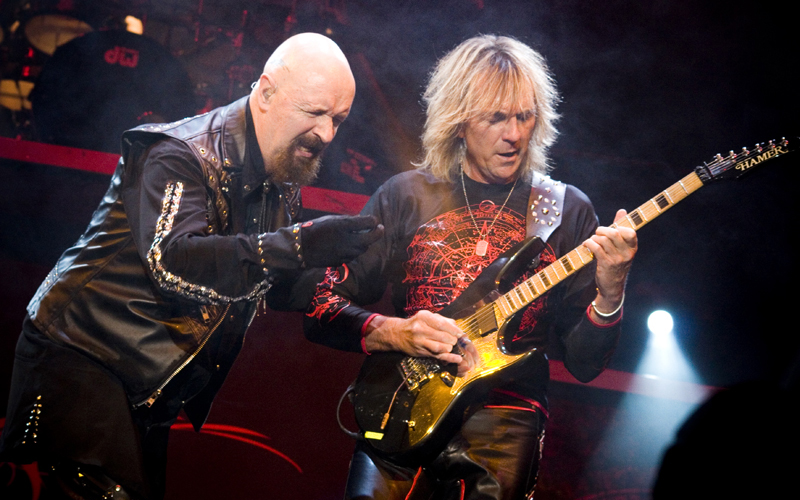 Judas Preist have just wrapped up their mammoth Epitaph 'farewell world tour' with a show at London's HMV Hammersmith Apollo this past Saturday (26th May). However, if you missed any of the 100 plus shows then don't fret as the metal elders will be releasing a DVD of the final date sometime next year.

Along with the slew of Priest classics on offer the band also included covers of Joan Baez's 'Diamonds and Rust' and Fleetwood Mac's 'The Green Manalishi (With the Two Pronged Crown)' in their final show's setlist.

And as for this being a 'farewell' tour, then Glen Tipton revealed that the band don't plan on retiring just yet, although the days of month-long treks around the world and back are well and truly over, he said:

"We don't plan on retiring. We've said that this is our last world tour. It takes a chunk out of your life - 18 months. We won't be doing any more world tours as such and in my parts of the world, it will be the last time people get a chance to see us."