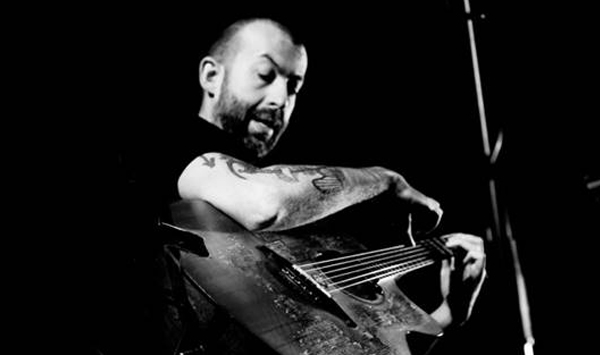 Acoustic guitar virtuoso and viral success story Jon Gomm has revealed a brand new live performance video for ‘Stupid Blues’ – the latest track to be taken from his new ‘Live In The Acoustic Asylum’ album which is out now via his own label, Performing Chimp.

As the latest in a string of live videos to be released from the album, ‘Stupid Blues’ is a track which Jon describes as existing “purely for the joy of playing guitar”. The previous video in the series for ‘The Weather Machine’ racked up an astonishing 250,000 views across Facebook and YouTube within the first 3 days of release.

Fans can buy the song and album (Pay What You Want) here or from iTunes, Google Play or Amazon with the Guitar Tab only available here and transcribed by Jon himself, with detailed notes explaining every technique.

“There's nothing much to tell about this song, for a change” comments Jon on the track “I was at college when I wrote it, studying for a jazz degree, and I wanted to strip everything back and write a basic, real blues tune, which is how it starts. Then it goes...stupid. Hence the name!”

Jon will also be hitting the road in Germany and Switzerland in February 2016 on a run of rescheduled headline dates, following an appearance at the London Acoustic Guitar Show and tour dates in Canada, Asia and the UK late last year. He will be joined on the German dates by old friends Kugler & Waloschik who will be supporting him for the entire tour.

Jon’s breakthrough video ‘Passionflower’ is now at 9 million Youtube hits and over 13 million across Facebook, leading to him finally crossing off his goal of playing a show on every continent on Earth to a devoted and ever-growing audience. Notable sold out international gigs include the legendary Basement in Sydney, the 100 Years Honour Hall in Beijing, the 100 Club in London, The Joburg Theatre in Johannesburg, Bourbon Street in Sao Paulo, Brazil, Hugh’s Room in Toronto, Cabaret Sauvage in Paris and many more. He has also appeared at festivals as diverse as Electric Picnic in Ireland and Download Festival at Castle Donnington, to the prestigious Heinsberg Classical Music Festival in Germany.

His unique human-interest story has prompted performances on TV talk shows around the world, from BBC Breakfast to Jo Soares in Brazil (which has an estimated 10 million viewers worldwide).

Get the new album Live In The Acoustic Asylum for Pay What You Want direct from Jon or from iTunes (but it's twice the price and Jon gets less money). Guitar Tabs available here.