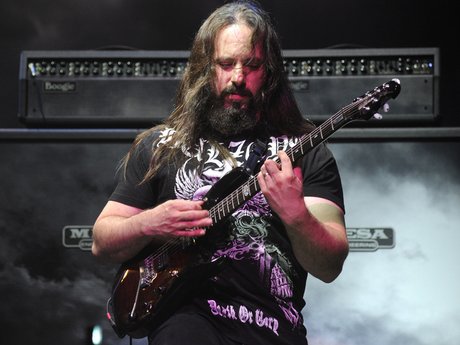 It will be a G3 homecoming of sorts for LaRue, who performed with Joe Satriani during the Super Colossal era, and has worked with Morse since 1988. LaRue is also a member of progressive rock supergroup Flying Colors, who count among their ranks Morse and - how's this for a small world - former Dream Theater drummer Mike Portnoy.

Petrucci's only solo album to date is 2005's Suspended Animation, which features LaRue on bass.

Confirmed dates for the G3 South American tour, so far, are: