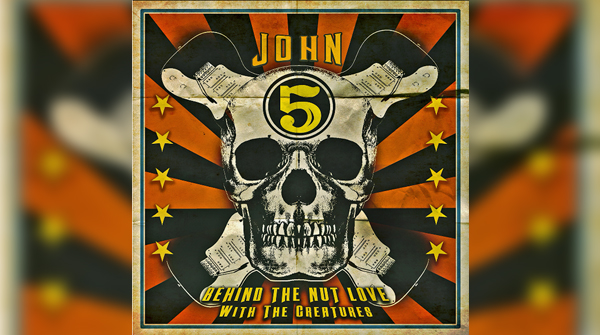 (PRESS RELEASE): John 5 and the Creatures have announced dates for the upcoming spring tour beginning in March 2016.

Exclusive Meet and Greet packages will be available for select dates on www.john-5.com and show tickets can be purchased directly through the venue.

To kick off the tour announcement, John 5 teamed up with Fender Musical Instrument Products to debut his new music video for his latest single, “Behind the Nut Love” on www.fender.com.  Originally recorded in 2005, today’s version features Ian Ross and Rodger Carter, collectively known as John 5 and the Creatures. The new version will appear on the upcoming album Guitars, T!ts, and Monsters.

John has had an illustrious career collaborating with chart topping artists such as Lynyrd Skynyrd, Ricky Martin, and Rod Stewart. John has performed on critically acclaimed world tours with Marilyn Manson and Rob Zombie. Later, John ventured into the world of film score composing for Rob Zombie’s The Lords of Salem. In 2004 he branched out into a successful solo career and has since released eight studio albums.