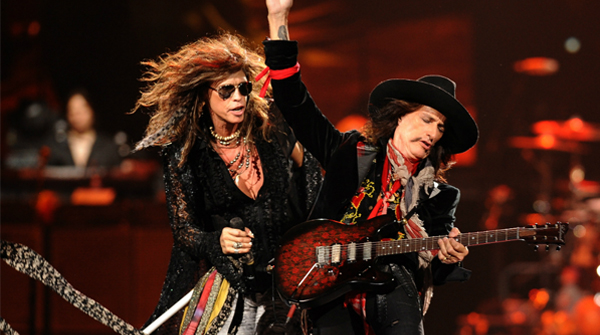 Guitarist Joe Perry has spoken out to quash swirling rumours that Aerosmith have been pursuing the idea of continuing without veteran front man, Steven Tyler.

The less than acrimonious  relationship between the founding vocalist and lead guitarist has continued to fraction and quarrel on a multitude of issues since 2009. However, Perry has said the band are actually not in the hunt for anew front man.

“Any rumour out there about us looking for another singer is completely untrue,” Perry said, adding

“All five of us were just on the phone together talking about how excited we are to go to South America and Mexico City. "

Ever since the close of their tour last year, Perry and Tyler have been at odds over a number of issues resulting in Tyler embarking on a new voyage in country music. This led Perry to tell USA Today:

“Steven is in Nashville doing whatever he’s doing. He’s got a [bleeping] rhinestone cowboy hat going ‘Yippee ki yay.’ I don’t know what else to say about that.”

So far, Tyler has released two singles in the country rock vein entitled, “Red, White and You” and “Love Is Your Name.”.