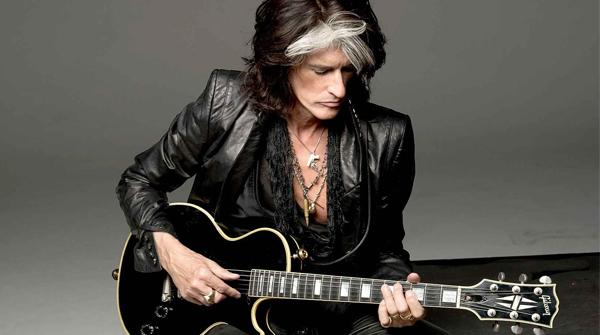 Aerosmith co-founder, Joe Perry, will embark on a 14-stop book tour beginning October 7 in New York, in conjunction with the release of his new memoir Rocks: My Life In And Out Of Aerosmith.

After New York, the book tour continues with stops throughout the U.S., including a mid-tour stop at The Rock & Roll Hall of Fame in Cleveland, OH. Full list of dates are below and online here: http://joeperry.com/joe-perry-tour.

With total candour and without apology, Perry shares what life is like as the lead guitarist and co-head writer of Aerosmith. Both a study in brotherhood and solitude, Perry reflects on the people who stood beside him during the highs and lows as he and Aerosmith skyrocketed into a world of fame and utter excess.

Fans can come see and get their copy of his official autobiography signed at the following dates and locations: