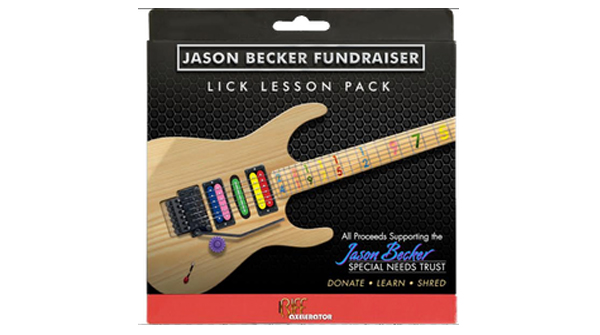 Shrapnel Records legend and guitar virtuoso Jason Becker is set to release a new album with the help and support of fellow guitarists and fans via crowd-funding site, Indiegogo.

Jason, who has suffered with ALS (Lou Gehrig’s disease) for over 27 years, is looking to raise $75,000 for the release of the record, whilst offering a number of truly amazing incentives for those looking to back the project. Options available for those looking to donate and support the shred guitar hero include a shirt/CD/poster package ($95), a signed copy of the album ($35) and a signed custom numbered guitar ($9,000).

“Jason has new pieces of music and unreleased guitar recordings to put out,” reads the campaign page.

“He has many guest guitar players sitting in as well. He will be working again with his dear friend and brilliant, Emmy winning producer Dan Alvarez. He thinks this album is some of his best and most emotional music. He wants people to feel and experience it very soon.”

In addition to this Jason has also added a new and improved version of his lesson pack via Riff Axelerator. Fans can jam 10 licks taken from Perpetual Burn which are taught by respected instructors including Jamie Humphries, Chris Buono, Ben Higgins and more.

The Indiegogo campaign for Jason Becker’s new album already raised more than the desired amount. However those who would like to be a part of the making of the record can still donate by visiting the campaign page.