'Jason Becker: Not Dead Yet' to be Released December on DVD - 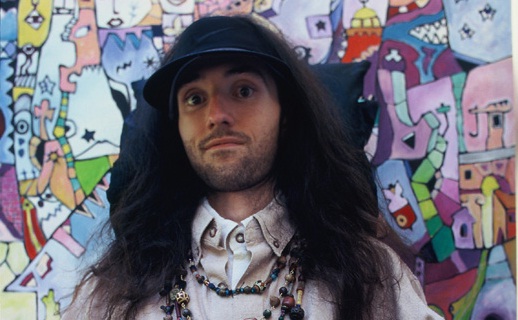 'Jason Becker: Not Dead Yet' to be Released December onDVD -

The acclaimed Jason Becker documentary,'Jason Becker: Not Dead Yet' has been seta December 18th release date in the US and for December 3rd in theUK.

The documentary which will detail the struggle of the one-time Shrapnel Recordsguitar prodigy and his battle with amyotrophic lateral sclerosis(ALS, aka Lou Gehrig's Disease).

The world premiere of 'Jason Becker: Not DeadYet', took place on March 3 at the Cinequest filmfestival in San Jose, California at the San Jose RepertoryTheatre.

'Jason Becker: Not Dead Yet' - Synopsis

When doctors diagnosed 19-year-old rock star Jason Becker withLou Gehrig's Disease, they said he would never make music again andthat he wouldn't live to see his 25th birthday. 22 years later,without the ability to move or to speak, Jason is alive and makingmusic with his eyes.

"Jason Becker : Not Dead Yet » is a feature-lengthdocumentary film that tells the incredible story of a guitar legendwho refuses to give up on his dream of being a musician despite themost incredible odds. It is a story of dreams, love, and thestrength of the human spirit.

The film has been made with the full co-operation of Jasonand the Becker family, who have given their consent for this to bethe first feature-length documentary film about his life. They haveprovided their entire family archive of never-before-seen photosand footage."

Remember our Shrapnel Records feature fromIssue 6 of Guitar Interactive? We took an in-depth look into the historyof the 80's & 90's shred imprint whilst Jamie Humphriesdemonstrated a variety of Shrapnel inspired riffs & licks forsubscribers of our FREE digital magazine >www.iguitarmag.com