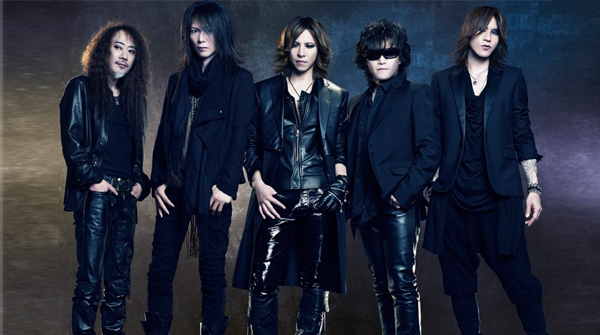 Japanese rock icons X Japan have announced the release of their first studio album in 20 years.

And the enigmatic power metal outfit, who shot to prominence in the late 80s after their debut release "Vanishing Vision" and their major label follow-up "Blue Blood", have also announced that a new "rock-umentary" charting their 30 year-plus career will also be released on the day of the album's launch.

However, while neither the album or film have yet been given an official title, the release date of the band's fifth album will be March 11th next year (2016) with the documentary set to be screened the following day.

X Japan will debut the film at London's SSE Wembley Arena as part of their '#XDAY' celebrations on March 12.

#XDAY tickets are available via LiveNation and founder and drummer Yoshiki and X’s lead vocalist Toshi will perform a new song as part of a special unplugged performance at 3.30pm next Saturday, July 11, at Hyper Japan at London's O2.

The film has been produced by Passion Pictures’ John Battsek, producer of the 2013 BAFTA and Academy Award-winning feature documentary Searching For Sugar Man.