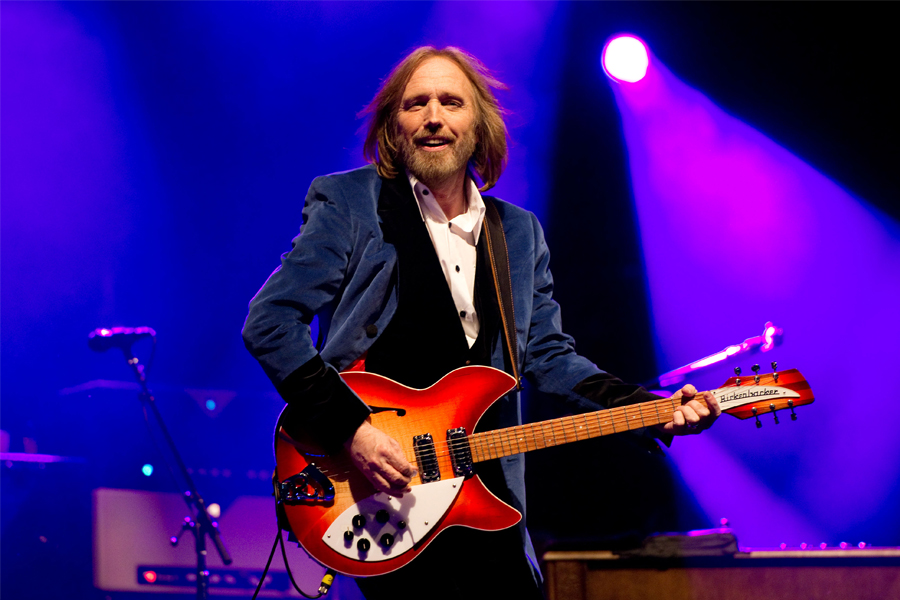 The Heartbreakers frontman was found unconscious in full cardiac arrest at his home early on Monday. He was rushed to hospital but died later that evening.

Whilst Petty was best known for penning hits such as American Girl, Breakdown, Free Fallin', Learning to Fly and Refugee with The Heartbreakers he also co-founded supergroup, the Traveling Wilburys in the late 1980s with Bob Dylan, George Harrison, Jeff Lynne, Roy Orbison.

Petty was born in Gainesville, Florida in 1950. After suffering an abusive, poverty stricken childhood he found his passion for music in 1961 following a chance meeting with Elvis Presley.

After learning to play guitar he joined two bands at school before joining Mudcrutch with Mike Campbell and Benmont Tench who he would later go on to form Tom Petty and The Heartbreakers with.

The Heartbreakers released their self titled debut album in 1976 and following their first UK show support of the record, Petty famously said:

“The audience just jumped up and charged the stage and were boogieing their brains out. It was such a rush. Wow, we had never seen anything like that, man.”

During the next forty years Petty achieved success both within and outside of The Heartbreakers scoring solo hits with the platinum-selling albums Full Moon Fever and Wildflower.

Tom Petty performed his final live show just one week ago closing the final night of a sold-out three date run at the Hollywood Bowl as part of a 40th anniversary tour.

A statement on the singer's Twitter page described Petty's passing as an "untimely death".