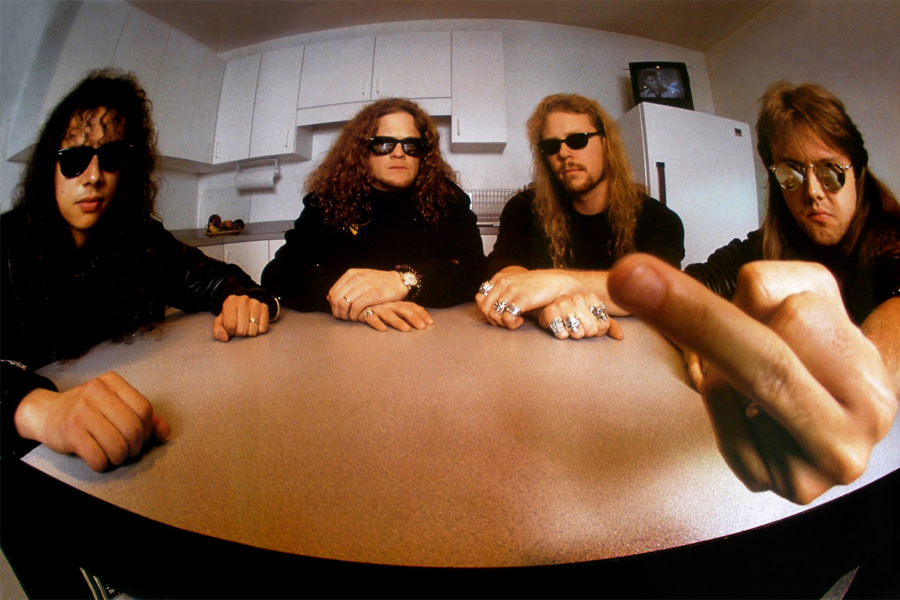 Metallica’s “The Black Album” is one of the biggest selling metal albums of all time. Prior to its release in 1991, Metallica were still largely known for their no-nonsense thrash metal sound, however, their self-titled, fifth studio effort was seen as a much more accessible record and helped them reach a new, much wider and more profitable market.

The album is one of the most important records in music history thanks to the likes of ‘Enter Sandman’, ‘The Unforgiving’, ‘Nothing Else Matters’, ‘Wherever I May Roam’ and ‘Sad but True’ which are still some of the band’s most popular songs to date. It propelled them into the mainstream after selling 598,000 copies in its first week and won them legions of new fans from all four corners of the globe.

Almost a year to the day prior to its release on August 12th 1991, James Hetfield and Lars Ulrich were recording demos for the album in Lars’ home studio, fondly referred to as “The Dungeon”. Earlier this week a recording of the session was shared online. You can check out the video and track-list below.