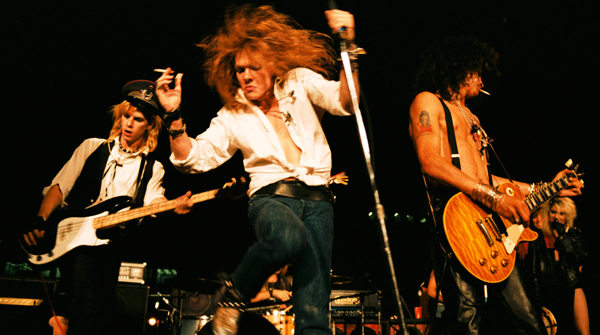 A big screen adaptation of "Reckless Road: Guns N' Roses And The Making Of Appetite For Destruction" is reportedly in the works and has been since August.

The movie version of Marc Carter's authorised biography will include a cast made up by some of Hollywood's heaviest hitters and lesser known acting talents, though no names have been revealed just yet.

The book's author said (via MyGNRForum): "I do have a big say-so on the script, which is still being put together now, but so far it's looking cool.

"I am going to see that everyone in the cast is doing their job and doing justice to the band. Since I was there, I know what the dialog was between the band for many of the events that took place.

"When you find out who is making the movie, you will then understand that it will be very cool. I'm proud of all the hard work that was put into this project and it's just going to kick ass. In no way will it be a cheesy movie like Rock Star."

Canter's long relationship with the band is mainly through Slash, whom he has known for 35 years.