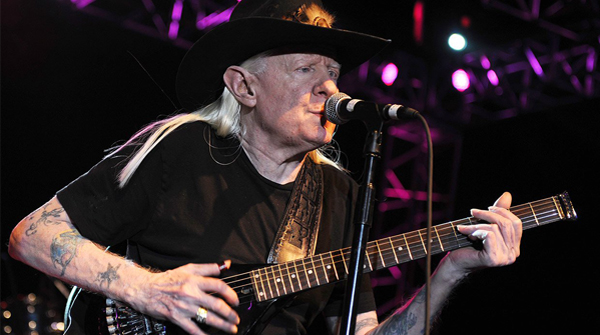 Texan blues titan, Johnny Winter, would have been celebrating his 71st birthday today. In tribute we've compiled our own top 5 Johnny Winter tracks/covers along with a small piece on the life of the late blues rock legend (see below).

Johnny Winter's recording career began when he was just 15 when he and his young band, Johnny and the Jammers, released "School Day Blues".

However, he caught his biggest break in 1987 after performing with Mike Bloomfield and Al Kooper at a concert at the renowned Fillmore East in New York City. Amongst the audience were a number of  Columbia Records' A&R men who, following a rousing rendition of B.B. King's "It's My Own Fault", offered Johnny what was at the time the largest advance in the history of the recording industry ($600,000).

Throughout his career Johnny released 20 studio LPs but featured on many, many more. Winter released his debut solo LP in 1968, The Progressive Blues Experiment, which reached Number 40 on the Top 200. Yet his first official release for Columbia came in June the following year, the self titled Johnny Winter, which featured Edgar on keyboards.

In February 2014, a four-disc retrospective box set, True to the Blues: The Johnny Winter Story, was released. Winter's final album, "Step Back", featured Eric Clapton, ZZ Top's Billy Gibbons and Aerosmith's Joe Perry, among others, was released on September 2nd.

I'm Yours And I'm Hers

Be Carefull with a Fool

Hustled Down In Texas