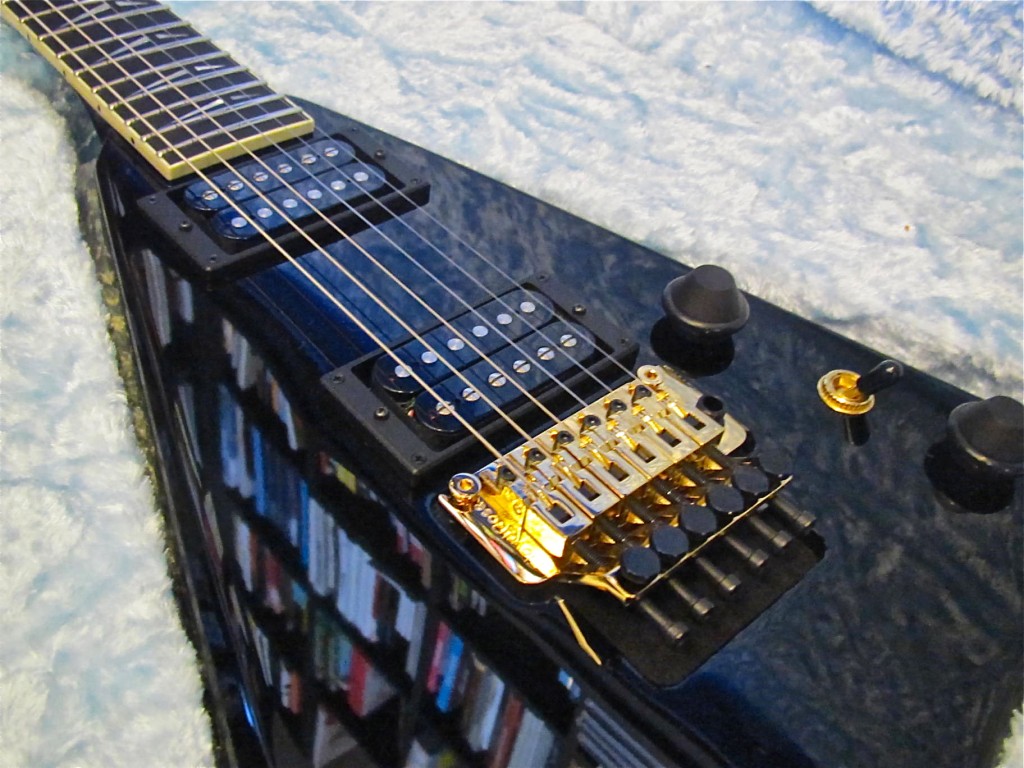 The first prototype of the new GJ2 Concorde™ line of guitars wasgiven away as part of a tribute to RandyRhoads at Book Soup in Hollywood. Authors StevenRosen and Andrew Klein were on hand to sign copies of their newbiographical-pictorial book, "Randy Rhoads," available fromVelocity Publishing, on Saturday, September 8, 2012. GJ2 founderGrover Jackson kicked off the afternoon by first saying a few wordsin remembrance of the late guitar legend. He then answeredquestions from attendees before finally unveiling the new GJ2"Concorde," modeled after the original guitar he and Randy designedtogether. Grover personally drew the winning ticket, held byChatsworth-based guitarist Mick Zane of "Malice," who was thrilledto win both the autographed guitar as well as the signed book.

The first 10 people to purchase the production run of the GJ2Concorde guitar will receive gold hardware at no extra charge,as well as an autographed collector's edition of the "Randy Rhoads"book signed by the authors and Grover Jackson.

The GJ2 Concorde™ takes its name from the jet aircraft, whichRandy was fascinated by. The aircraft design served as theinspiration for the shape of the instrument that he and GroverJackson teamed up to create in the early 1980s. Grover commentedthat he liked to think the 2012 GJ2 Concorde model was the customguitar Randy would be playing today if he were still with us.