Get Inside the Innovative Mackie DL1608 With New Video Podc 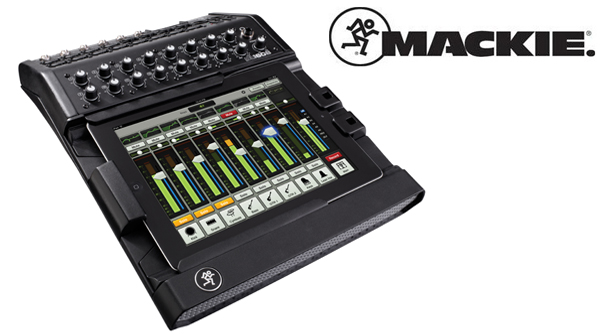 Get Inside the Innovative Mackie DL1608 With New Video Podcast Series -

The all-new Mackie DL1608 Digital Live Sound Mixer with iPad Control has garnered some serious attention from audio pros the world over since the unveiling earlier this year. With availability right around the corner, Mackie wants to inform and involve all the eager customers with a new DL1608 video podcast series. Podcast episodes will cover the basics, offer tips and tricks and get into advanced uses. Later episodes will be completely based around customers' responses to an upcoming poll on Facebook and Twitter.

"We've re-defined the concept of live mixing with the introduction of the DL1608, which takes digital, mobile mixing to a whole new level," remarked Mackie Product Manager, Ben Olswang. "Since then, we've received an amazing amount of feedback from musicians, engineers and contractors wanting not only to know more, but to share their ideas. A video podcast series is the perfect platform to engage with these customers."

Subscribe to the DL1608 video podcast series through iTunes to keep up-to-date. Even better, once the DL1608 is out in the field, interested users can pull this podcast series up right on their iPad. With how-to videos planned for wireless setup, effects use and more, this video series is bound to be an extremely valuable tool for users who want help at the gig during hours when traditional technical support is simply not available.

To subscribe to the video podcast series via iTunes visit http://itunes.apple.com/us/podcast/mackie-dl1608-video-podcast. The videos will also be hosted on Mackie's YouTube channel at www.youtube.com/MackieTV. Additional DL1608 info is also available by email. Visit http://eepurl.com/iWslb to sign up.

The Mackie DL1608 redeﬁnes live mixing by combining the proven power of a full-featured digital mixer with the unmatched ease and mobility of an iPad. With 16 boutique-quality Onyx mic preamps and the performance of 24bit Cirrus Logic AD/DA converters, the DL1608 delivers unparalleled sound quality. Seamless wired to wireless iPad control allows a user to mix from anywhere in the venue, providing the mobile freedom to control not only the mix, but also powerful plug-ins like EQ, dynamics, effects and more. The sleek DL1608 even supports up to 10 iPad devices so musicians' can control their own monitor mix on stage.