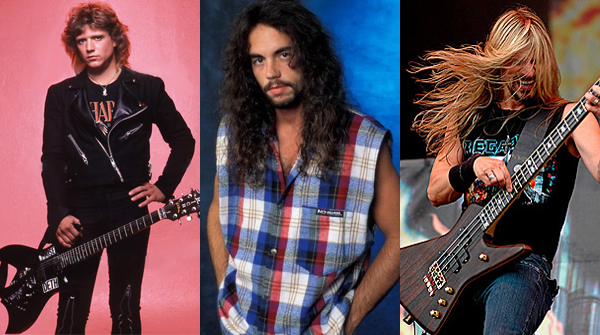 A trio of ex-Megadeth members are to reunite to launch a new music project.

Chris Poland, Nick Menza and James Lomenzo have been working this year on their debut release with their sound being described as “Zeppelin meets Metallica.”

Nick Menza says of the project:

"It's got some elements of that, but I'd say we're just so far beyond everything that's been heard already. It's gonna be a conglomerate of styles. It's gonna be what we like to do best – have fun, play.

While Poland was a member of Megadeth from 1984 to 1998, appearing on "Killing Is My Business… And Business Is Good" and "Peace Sells... But Who’s Buying?", drummer Menza was a feature for nearly ten years. Menza appeared on for four albums between 1989 and 1998, while bassist LoMenzo stepped in from 2006 to 2010 before David Ellefson returned to the fold.

According to reports, this past year, Menza turned down what he called “a very unfair deal” to rejoin Megadeth with claims he was effectively asked to work on their forthcoming 15th studio album free of charge.