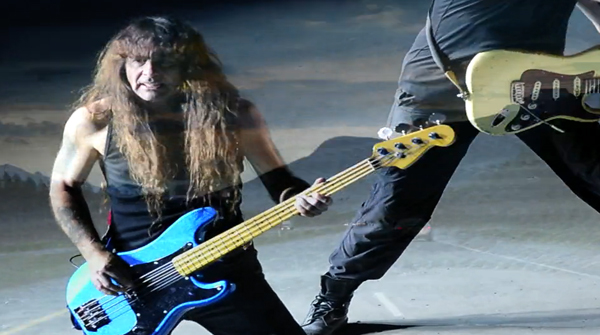 The new record features ten songs by Steve and his collaboratorswho have been working on the project for the past few years inbetween Maiden's gruelling touring schedule.

Harris, who has featured on all 15 of the band's albums and isprimary songwriter for the East London metal gods,beleives that the new record is,

"More mainstream rock than metal, very Britishsounding, very 70's -influenced and quite commercial'¦ but goodcommercial. There's all kinds of stuff going on, with nods to TheWho and UFO and some classic British rock bands, but it's not theprogressive rock album some might be expecting."

Harris has now unveiled the musicvideo for 'This Is My God,' which is the lead track from'British Lion.' - See below.

This is My God from Steve Harris on Vimeo.