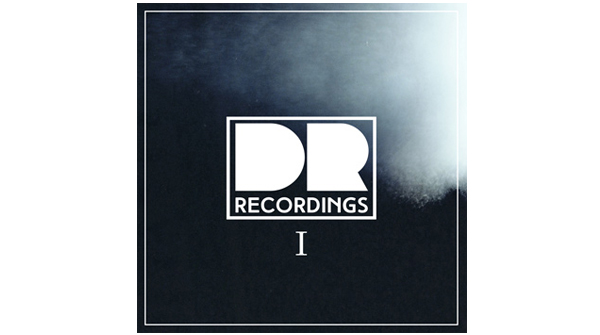 Exclusively run by and on behalf of the students of the Institute of Contemporary Music Performance in Kilburn, London, brand new record label Dyne Road Recordings announce the release of their debut EP on June 23rd, the aptly titled Dyne Road Recordings EP I. Featuring four contrasting tracks from four contrasting artists, DRR EP I is a unique project that showcases the bourgeoning talent emerging from within The Institute’s four walls. With music on the EP provided by VICE Collective, Naomi Shalom, Frasier Banks and Joseph, this EP is a sonic journey, built entirely upon the students’ youthful drive and passion for creating, recording and promoting new music.

Kicking things off with a bit of a punch is the groovy, retro-disco anthem “All I Want”, from London-based, six-piece electronic dance outfit, VICE Collective. Like the city that bore them, the band is a melting pot in which genres, styles and cultures fuse, mix and assimilate. Disco, funk, house, industrial – all can be found within their DNA, so it seems simpler to describe their music by what it is designed to do: make you dance.

Following Vice Collective, we are swiftly introduced to Naomi Shalom. From her humble upbringing in South Wales, Naomi was first inspired to write music during her Performing Arts studies in College. Self-taught on the piano, and with no prior songwriting training, Naomi’s musical flair has already received recognition and airplay from BBC Radio Wales, and she also reached the semi-finals of the UK Songwriting Competition. Moving to London earlier this year to put down her musical roots, Naomi’s honest lyrics and unique folk-pop style has been charming audiences around the capital ever since.

Like Naomi Shalom, the third artist on the EP, Frasier Banks was also raised in a small, sub-rural home in the South Wales valleys, but he had always dreamed of so much more. Seduced by the bright lights of London, Banks escaped to the city as soon as the opportunity arose, determined to make an impact amongst the city’s urban-pop culture. A party lover at heart, Frasier's image and character may mirror this passion, but as soon as he sits alone behind the keys to perform, this party-ethos dissipates, as Frasier’s musical honesty and talent shines through.

Reminiscent of late 70's Americana, Joseph's music paints images from sunset LA beaches to dark basement clubs of London, where he can be seen playing either solo or accompanied by his band.