Dio Members Hope to Hit the UK During European Tour 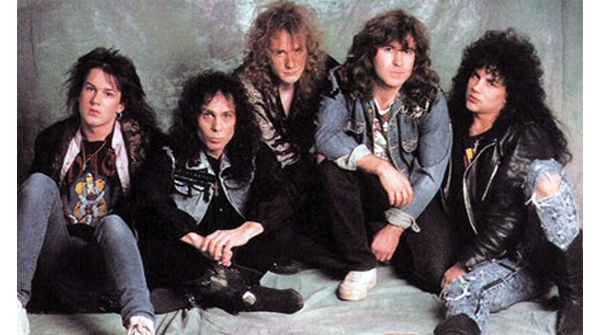 Dio Members to Hit the UK During European Tour-

The original Dio members are hoping to tour theUK this July as part of a European tour, reports Classic Rock Magazine.

The surviving members of the heavy metal outfit, founded by thelate Ronnie James Dio, will head out asLast in Line, taking their name from the third Dioalbum.

"We're calling it Last In Line after the secondalbum.

"We found a terrific singer in Andy. He can totally dojustice to the songs. He doesn't sound anything like Ronnie, whichis great - I don't want to draw that comparison. Ronnie was a veryunique singer but Andy is great in his own right and he sings thesongs very respectfully."

Last In Line are scheduled to play a handful ofwarm-up shows in California, Nevada and Arizona this June, theywill then head to Europe for a wider tour the following month.