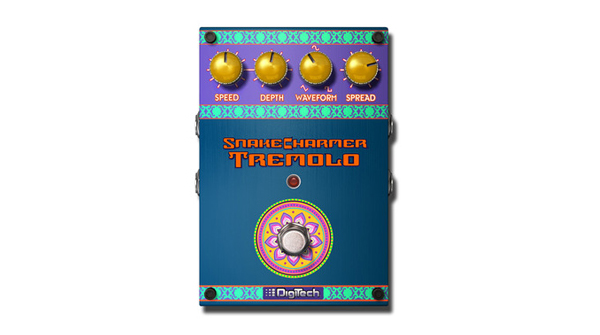 PRESS RELEASE - HARMAN's DigiTech "Stomp-tember 2012" is in fullswing with the introduction of the new Snake Charmer Tremolo foriStomp users. The Snake Charmer Tremolo delivers that classic,pulsating volume-modulated guitar sound heard on records like TheSmiths' "How Soon Is Now", Creedence Clearwater Revival's "Born onthe Bayou," the Black Keys' "Howlin' for You" and countless otherhits.

The DigiTech Snake Charmer Tremolo gives guitarists completecontrol over every aspect of the tremolo effect. The Speed controlregulates how slow or fast the tremolo pulsates, from a slow throbto a fast oscillation. Depth controls the degree of the effect,from a subtle modulation to volume completely on and off. Waveformchanges the "shape" of the tremolo sound, from a choppy square waveon and off to a smoother pulsating sine wave and many othervariations.  It can even be turned into a panner using theexclusive Spread knob.

The DigiTech iStomp is an entirely new concept in guitarstompboxes that allows musicians to turn the iStomp into any pedalin the Stomp Shop online pedal store. Offering almost limitlesssonic possibilities, the iStomp connects to an Apple iOS devicewhere musicians can use the Stomp Shop app to load it with thee-pedal of their choice. The Stomp Shop is a free app and comeswith two of the most popular requested pedals, the DigiTech TotalRecall Delayâ„¢ and the DigiTech Redline Overdriveâ„¢. It gives accessto more than 30 additional pedals that musicians can browse, tryout and purchase, with more pedals added every month.

The DigiTech Snake Charmer Tremolo e-pedal will be available inSeptember 2012 at an introductory price of $0.99. This introductoryprice will run through September 31, 2012. After the introductoryperiod the price will change to $7.99. 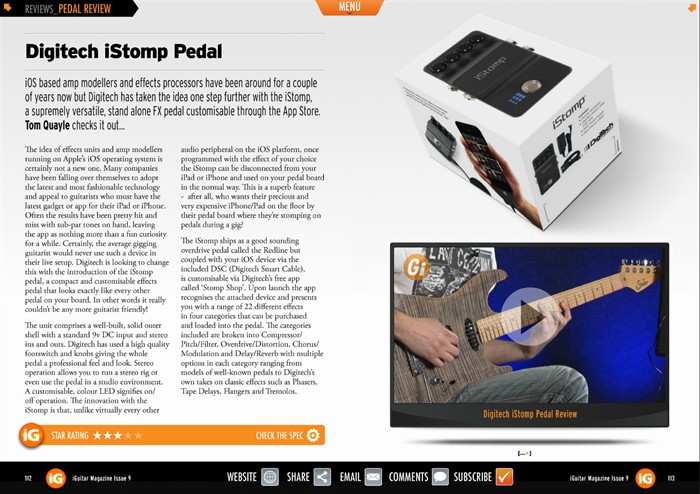