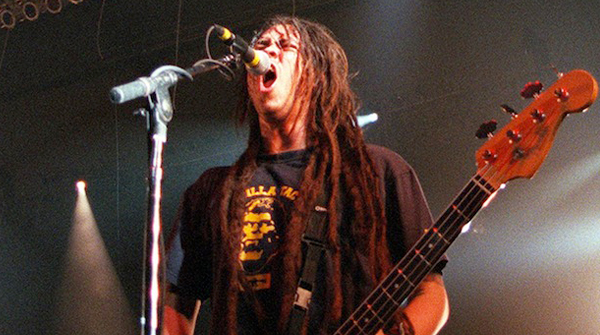 Deftones founding bassist ChiCheng died this past Sunday morning after spending thepast five years recovering from injuries sustained during a caraccident in 2008.

The 42-year Grammy Award winning bassist had recently displayedsigns of improvement, however he was submitted to a Sacramento,California emergency room at 3 a.m. on Saturday and his heartstopped.

"This is the hardest thing to write to you," Mom J, thename his mother used with his fans, said.

"Your love and heart and devotion to Chi was unconditional andamazing."

"He was taken to the emergency room, and at 3 a.m. today, hisheart just suddenly stopped," his mother said. "He leftthis world with me singing songs he liked in his ear."

"I know that you will always remember him as a giant of a manon stage with a heart for every one of you," Mom Jwrote.

"He fought the good fight. You stood by him sending lovedaily. He knew that he was very loved and never alone."

Cheng co-founded The Deftones withStephen Carpenter and ChinoMoreno in 1988 in their hometown of Sacremento. He playedon five albums between 1994 and 2006 with the nu-metal outfitpeaking in 2000 after their platinum selling album'White Pony' hit number three on theBillboard 200.