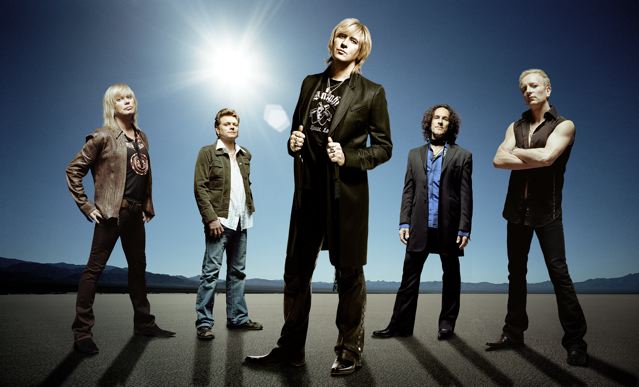 On April 20, Kevin Conklin of the 93.7 KCLB Rocks!radio station spoke with DEF LEPPARD guitarist Phil Collenabout his upcoming tour and living in the US. You can now listen tothe chat below.

Phil also featured in iGuitar Magazine Issue 3 and talked withStuart Bull about his time as DEF LEPPARD and his pre gig rituals.You can watch the full video interview here.

Def Leppard's influential career includes numerous hit singlesand ground-breaking multi-platinum albums-including two of the bestselling albums of all time, Pyromania and Hysteria. Most recently,the band released their first live album Mirror Ball: Live &More last summer, which rose to the top 20 on the Billboard Top 200album chart. The album captures the group's legendary concertexperience, bringing together live versions of classic Leppard hitssuch as "Rock of Ages," Pour Some Sugar on Me" and "Foolin" andwill feature their soon to be released single, "It's All AboutBelievin'."

With 100 million records sold worldwide and two prestigiousDiamond Awards to their credit, Def Leppard--Joe Elliott (vocals),Vivian Campbell (guitar), Phil Collen (guitar), Rick "Sav" Savage(bass) and Rick Allen (drums)-continues to be one of the mostimportant forces in rock music. Over the course of their career,the band has produced a series of classic groundbreaking albumsthat set the sound for generations of music fans and artists alike.The group's spectacular live shows, filled with powerful melodicrock anthems, have become synonymous with their name. For the pastthirty years the band's concerts have become must-see events andhave quickly made them an institution in the touring industry, asthey continue to sell out arenas worldwide