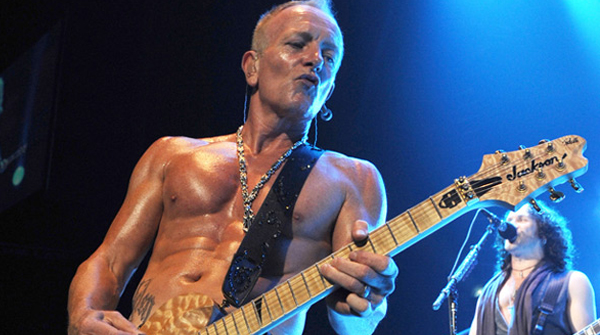 The memoires will mark the first book written by a member of the hard rock giants since the band's inception in '77 in Sheffield as part of the New Wave of British Heavy Metal.

The book is set to feature personal, never-before-seen photos of Collen and the rest of the band on and off stage, rehearsing , recording and whilst on tour. The publishers describe it as "a fascinating account of the failures, triumphs, challenges, and rock-hard dedication it takes to make dreams come true."

"It's fascinating for even me to look back at my life from working in a factory at 16 years old to eventually traveling the world selling over one hundred million records and all the experiences that come with that journey," Collen says.

"I realize that there is a constant evolution of 'me' that is still a work in progress even as I continue to be vital and dynamic in my same occupation for the past 35 years well into my late fifties."

The book was acquired by Atria's Vice President and Editorial Director Peter Borland from Peter McGuigan at Foundry Literary+Media.