Could KISS be Planning a Las Vegas Residency? 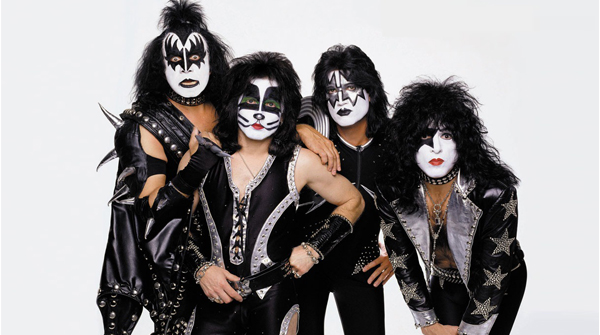 Eagle eyed KISS fans have helped fuel speculation the band are planning a residency at the Hard Rock Hotel after posting images online of posters around Las Vegas hinting at the idea.

The posters in question feature the faces of all four of KISS in signature make up with the web address for the Hard Rock Hotel. The poster reads "Rock and Roll All Nite,” while beneath it says “Coming Fall 2014". Anyone interested with further info is urged to text "Rock" to 97580.

However, if further "proof" of KISS' Hard Rock intentions are needed then a quick glance at Paul Stanley's Twitter account is all that's needed.

Last week a KISS fan Tweeted the 'Starchild' asking if the band was "ever going to do a Vegas stint" to which Stanley replied "Probably".

In the past Guns N’ Roses, Def Leppard and Motley Crue have all held successful Hard Rock Hotel residencies.

In related news KISS celebrated their 40th anniversary with a collection of classic KISS numbers entitled "KISS 40". Later this month the band will kick start a 40-date tour with Def Leppard.