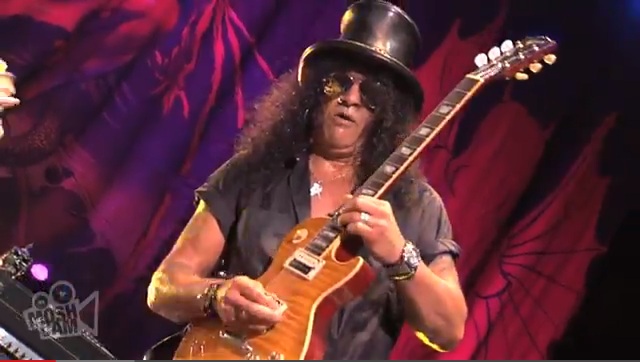 The August 25, 2012 show featured a set-list comprised of Slash's solo material plus a mix of classic Guns N' Roses numbers.

Slash's tour down under was in support of his sophomore solo album, 'Apocalyptic Love.'

See below for a selection of tracks performed at the show or head to YouTube for the full set.

Slash ft. Myles Kennedy & The Conspirators - Out Ta Get Me (Live in Sydney)