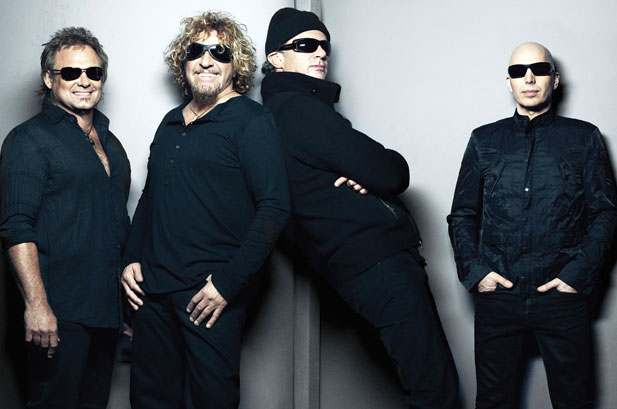 Sammy Hagar has spoken of his respect for fellow band-mate Joe Satriani in a new interview with HDNet concerts. The band were speaking ahead of their performance at Rocklahoma about their songwriting process and how it differs from the way that Elton John and Bernie Taupin have written so many classic songs over the years.

"Elton waits for Bernie to write great lyrics and he just hands them to him with no musical thing in mind," Hagar said. "And then Elton writes these fantastic songs. For me, as a lyricist, when I hear Joe's music, it speaks to me. [He's] the well."

The feeling is mutual, according to Satriani. The guitarist credits his respect for his bandmates as pushing him to write the best music he can.

"I'm inspired by the thought of recording with these guys," Satriani modestly countered. "And it's important that it goes beyond just being a professional musician, at least for me. I have to be really inspired and excited that I'm going to write something and Sammy and Mike and Chad are going to really love it, and they're gonna add something to it. They're gonna take it to the next step."

Watch the full interview below

Chickenfoot were featured in Issue 8 of iGuitar Magazine, and Joe Satriani was our cover start in Issue 2. Click the pictures at the bottom to watch the fully interactive features and interviews.