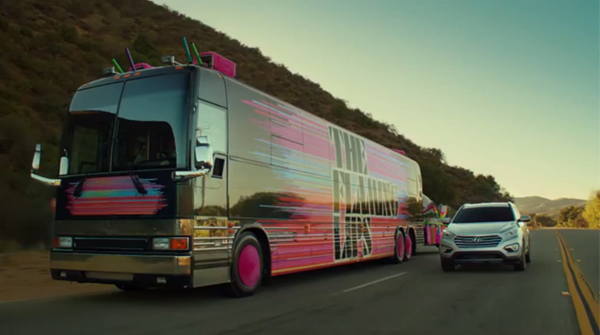 The ever eccentric Flaming Lips havereleased a short preview of a new track titled 'Sun BlowsUp.'

The track has been especially produced to be used in an upcomingHyundia advert set to be aired during this Sunday's Super Bowl (Feb3rd).

"It was really a painless experience. We went back and forthwith them on the song, but it was pretty effortless, then we wentout to LA for two days to shoot the commercial."

"I would imagine there'd be some residual curiosity ofpeople saying, 'Hey, what was that, maybe I should check that out,'and maybe they'll Google us and see a little bit aboutus."

The Flaming Lips will release their new album,'The Terror' on April 1st, however 'Blow UpSun' will not feature on the 13th studio offering by WayneCoyne and co.

The LP is described as 'nine original compositions that reflect adarker-hued spectrum than previous works along with a moreinward-looking lyrical perspective than one might expect - but thenagain, maybe not.'

"Why would we make this music that is 'The Terror' - thisbleak, disturbing record? I don't really want to know the answerthat I think is coming: that we were hopeless, we were disturbedand, I think, accepting that some things are hopeless. Or lettinghope in one area die so that hope can start to live in another?Maybe this is the beginning of the answer."

The Flaming Lips will also play two live dates inLondon following the release of 'The Terror'performing at London's Roundhouse venue in Camden on May 20th and21st.